When Resistance Isn't All Good 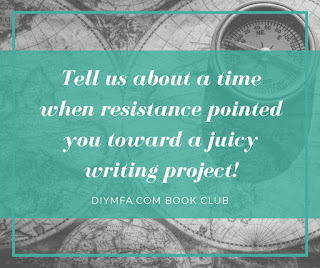 I'm a stubborn gal. Ask anyone who knows me. So, I resist a lot of things; especially anything that comes with a hard sell. Sometimes that's good. Skepticism and further research has saved me from some very stupid mistakes. Sometimes that's bad, and I take a long time to admit a piece of advice or criticism was spot on and should be followed.

The DIYMFA book club question #6 asks about the role of resistance in our writing lives. 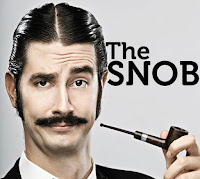 In my writing life, this has perhaps been a snobbery problem. That whole "literary" writing thing.

My first medium for writing was poetry (starting at about age 6), but I also loved to read comic books. I loved to read trashy fun as a teenager (VC Andrews, anyone?), but also read a lot of classic literature (Jane Eyre, Wuthering Heights, To Kill a Mockingbird). I imagined supporting my family from my stories someday like Jo March of Little Women, but ignored the fact that she did so writing low-brow, fun adventures stories.

So, I had this divide in my soul when it came to reading and writing. Part of me thought that I had to be "literary" to be respectable, that the stuff I did for fun couldn't also be art. I don't remember anyone telling me that, but it was there in my mind all the same making the walls of the box I tried to write within.

This was maybe made worse by taking creative writing classes as part of my bachelor's degree. At my state college in Kentucky, I studied poetry and short story writing with some fantastic teachers, and I really believe that their advice improved my craft…but the assumption was that I would be writing *serious* *deep* *thought-provoking* stuff that feels at home in the Ivory Tower instead of *fun* *dramatic* *exploratory* stuff you might more likely find in the Dark Tower. 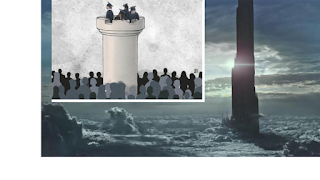 So, I spent a lot of years resisting some of the call of my own heart because I thought that wasn't what a "real writer" would do.

Luckily, I fell in with a broad minded crowd in my late thirties. Some of the people in my critique group were NOT writing literary fiction, and they were having SO MUCH FUN! And, when we discussed their work, we were still serious about it. There was still a lot of discussion of craft and the beauty of a line, and building to an important moment: all those things I considered "literary."

I suffered through the crafting of my first novel (it's a women's issues kind of novel, that I may or may not ever revisit to make it publishable) and I learned a lot by writing it, but it wasn't fun. I promised myself, as a reward for finishing it, that I would be allowed to write something fun.

I took this little thought I had about what might happen is the people who got superpowers weren't unattached children with no responsibilities but women around my own age with families, careers, and responsibilities. And it became Going Through the Change, the first in the Menopausal Superhero series, which now includes 3 novels, a set of short stories, and several short stories included in other anthologies.

And you know what? I still feel literary. I still get a rush from creating a beautiful, moving experience for a reader. Even though my women are flying and wielding fire and other unrealistic things, they are also going through experiences that are universal like aging, managing careers, dealing with conflicts in families and marriages, and making friends. It's all there. It's still art.

And I wonder why I resisted so long.
Posted by Samantha Bryant at 10:33 AM