Having just finished a big rewrite, I'm having a little trouble making myself focus on my new WIP, so here's a bit of Flash Fiction based on a picture. The prompt comes from +Flash Fiction Project, a community I enjoy run by +Becket Morgan.

Pink? Really? He'd been in charge of the laundry for exactly one load of laundry and somehow he had managed to turn his socks pink. Raymond stared down at his feet in disbelief. Maybe they were more sort of orange. Somehow orange didn't seem as bad as pink.

He was pissed at pink right now. All the little pink ribbons he had worn in all the events his wife had wanted to go to hadn't really made any difference in the end had they? She was still gone. A name on a new scholarship fund for medical students and no more than that to most people.

It had been almost a week now. He had finally convinced his daughter to go back home and let him work through his grief alone. He had yet to return to work, but he knew he would. Soon. Really. Just not quite yet.

Right now, it was still hard to get out of bed, knowing that he wouldn't find Ellen in the kitchen when he got downstairs, waiting for him to make them both some eggs. He found himself unable to go to sleep at night, unconsciously waiting for her to come to bed.

He understood, of course. He wasn't an idiot. He knew that she wasn't coming to bed ever again. But what the brain knows is different than what the heart understands. Sitting down on the end of the bed, he pulled off the socks and tossed them into the trash can.

In the process, he knocked a book off the nightstand, on her side of the bed. Hesitantly, he bent to pick it up. He hadn't ventured into her side yet and had not allowed his daughter to disturb her things. The objects on the nightstand were still the same ones she used each night: her hand lotion, her chapstick, her cell phone charger, her stack of books to read.

The fallen book was a collection of poetry. She'd been fond of poetry at the end. She said it was short enough to hold in her mind even when it was fuzzy, and meaty enough to feed her in the silence. He would read them to her, when she asked, and often she would murmur along, having committed the words to memory long ago. He opened the book to one he remembered: "To My Loving Husband." She had read it to him often.


I prize thy love more than whole mines of gold,
Or all the riches that the East doth hold.

Posted by Samantha Bryant at 4:52 PM No comments:

What I Learned from Rewriting my Novel

I spent December rewriting my novel, Going Through the Change. It's at a publisher's right now, being considered (they asked for the full manuscript!) so maybe soon I'll be able to tell you where to go to buy it.

Going Through the Change is my second complete novel. So, I've now been through the whole-book rewrite process twice.  Here's what I learned: 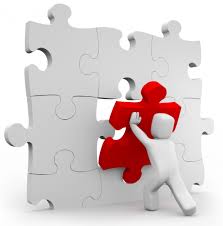 1. Each novel is its own puzzle.You can't put this one together the same way you did another.

I felt like I learned so much from writing and rewriting my first novel, His Other Mother. For example: how to structure a novel that featured a lot of internal conflict in such a way that the reader is still engaged. Or how to stick really well to the point of view in a particular chapter without accidentally slipping into another character's head.

But that wasn't the be-all-and-end-all. In reworking Change, I had a different kind of puzzle to solve. Much of the conflict was external. There were physical fight scenes in which logistics had to be clear, but I still had to maintain the emotion and excitement of the fight. Nothing I'd written in that first novel helped with those new problems.

2. When you write with the end in sight, the first draft holds together better.

Another contrast between that first novel and the second one was planning. I would still say I'm a pantser rather than a plotter, meaning that I write to discover what's going to happen most of the time. In fact, I had no idea how Mother was going to end until I was nearly done writing the first draft. Of course, that meant that I had to go back and rework a lot of the earlier parts of the novel in the second and third and fourth drafts to make sure that the beginning and middle led to and supported the ending.

In contrast, in the Change, I knew what the ending scene would look like very early on. I wrote a draft of the ending chapter when I had only written six or seven chapter of what ended up being a fifty chapter book. That made all the difference. I knew what I was leading up to, and, though, of course, there was a lot of rewriting to do, the first draft led to the ending far better this time.

3. Even with the end in sight, things will change and you will have to backtrack

When writing goes well, it feels like story just flows out of you. So sometimes, you are surprised by what happens. Characters say or do something you hadn't anticipated. Do you scrap it just because it's not in the plan? Oh, heck no!

But when you make that change, it means you'll have to go back and change other things. For me, this time, that was a timeline issue. I changed when Linda told her family about her, um, Changes. So that changed, all told, parts of about fifteen chapters. But, my beta readers were right. It didn't make sense for her to take so long. And it is MUCH better now.

Which brings me to:

4. Don't resist change just because it will be hard work. Do what the story demands.

Changing when Linda told her family led me to also change how someone in her family reacted. It added another layer of complication, but it played more true. When I realized how house-that-Jack-built this particular stack of dominos was getting, I considered not making the change. But, no, it served the story better. It let me deepen Linda's storyline by adding some tension in an otherwise over-perfect marriage. It made her more real. So, yeah, hard work, but so worth it. 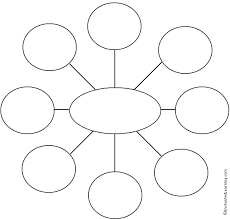 5. A good graphic organizer can save your sorry ass.

For me it was a sort of time line/chart that helped this time. My mad scientist, Dr. Liu, was in the scenes of different women at different times. I was getting confused about where I'd left her last. I found a mistake where I had her in two places at the same time.

So, I made a little chart of chapter titles and highlighted the ones that Dr. Liu was in, so I could see where she was and make sure she had time to get from one place to another.

In other projects, it was a character relationship chart, or a motivation tracker. Usually, I make these up myself, or adjust some template someone gave me or I found on the Internet.

There's a lot of information to juggle in a novel. That grandchild you gave your character in chapter one was a boy, right? But here in chapter thirty-seven, it's a girl. Oops. So, yes, graphic organizers.

So there you go! See, she can be taught!
Posted by Samantha Bryant at 9:06 PM No comments: