The Dangers of Sticking Your Neck Out: Reluctant Heroes 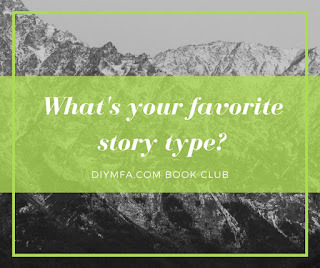 The DIYMFA book club question #8 asks about what kinds of stories you're drawn to. What kind of conflict or power play is at work in your current work-in-progress? Do you see certain types of narratives come up again and again in your writing?

Earlier in my writing life, I might have denied that I tended to dwell on any particular types of stories or themes, but I've come to realize that coming back to a certain kind of narrative doesn't mean that I'm a poor or unimaginative writer, but rather that I am not done processing that yet.

Those aren't a bad place to start, though I might name some of them differently and love stories that combine two or three of these. But choosing a favorite, hmmmm…

One of my favorite types of characters, both to read and to write, is the reluctant hero, especially if they are a battle-weary sort, determined not to care this time because it's just a recipe for pain. Characters like Logan aka Wolverine or Rick of Casablanca.

She's harder to find in female characters. We've got some badass women out there, but they are usually either angry and vengeful or long-suffering and stubborn.

Of the seven plots above, I think my reluctant hero stories tend to fall into rebirth in that our hero is made to care again (which might involve a quest, or a rags-to-riches change of circumstances, or a a voyage, or overcoming a monster--internal or external).

My own reluctant hero is Patricia O'Neill of the Menopausal Superhero series. When she first got her powers, she said, "I’m not Peter Parker. I don’t buy the whole ‘great power comes with great responsibility’ racket. I didn’t ask for this, and I don’t owe anyone anything.”

But who was the first of my heroes to actually save someone? You guessed it. 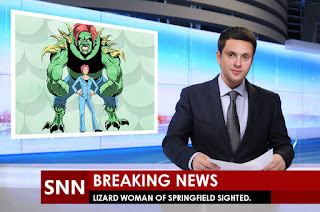 So, what does it mean that I'm drawn to these reluctant hero types? Maybe I am one myself, or maybe I'm the BFF who inspires others to greatness (not a bad thing, given that my day job is teaching). Maybe sometimes, when the going gets rough, I also want to just withdraw and let the world blow itself up without me, but I still care too much to actually walk away. Obviously, my subconscious hasn't worked this one out yet, so I guess I'll be writing a few more reluctant heroes before I'm done.

Luckily, that's a lot of fun!

Posted by Samantha Bryant at 5:16 PM