Why I Love the BFF 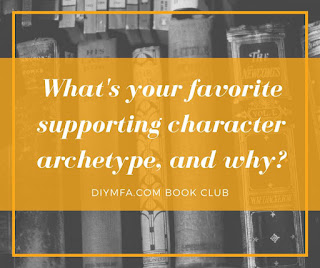 I can think of supporting characters that have won me in every one of these categories, but my favorite?

I think it's the BFF, although I'm not sure I'd name them that. She enters the story as support for the Main Character: a friend, a colleague, something like that. She doesn't seem like she'll be all that important, but it turns out that she has hidden skills and depths, that she understands what the Main Character needs even better than the lead understands herself. She might be dismissed as merely the sidekick, but, often, she is more a hero than the hero.

Where would Frodo Baggins have ended up without Samwise Gamgee? Buffy Summers without Willow Rosenberg? Mary Tyler Moore without Rhoda?

When it's done well, these characters surprise you, without coming out of left field. The writer has laid the groundwork, given the relationship time to build, dropped hints about the skill and insight of the sidekick. And then: POW! Right in the feels!

My own character of this sort is Suzie Grayson. She enters my Menopausal Superhero series as an intern to Patricia O'Neill. You know? The Lizard Woman of Springfield?

Patricia doesn't need anyone. At least that's what she likes to think. So, it's a real surprise to her when this young woman she described as a "twerp" and "little twit" becomes her greatest ally. Hopefully, my readers will get #allthefeels when the big moment comes, just as I did writing it.

(BTW: Suzie has a *great* side-story (if I do say so myself) in this anthology: "Underestimated")
Posted by Samantha Bryant at 7:40 PM