Iterations of The Tick 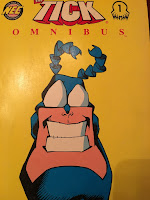 Amazon just released a new version of The Tick for prime viewers and I'm so excited! I had it on my calendar as soon as the release date was announced. SPOOOOOON! (that makes more sense if you know who he is: it's a catch phrase).

I've been disciplined though, watching the episodes slowly to make them last. No binging this time. I still have one more before I've finished the released episodes.

The Tick is one of my favorite comic superhero characters. I'm not sure when I first discovered him, but I've enjoyed him in comics, as a cartoon hero, and in both live-action TV versions.

If you haven't met him yet, I recommend checking him out. He's big, blue, and nigh-invulnerable. He's also, well…confused, and oddly naive, and more than a little clueless.

He's got that old-school superhero charm, all wholesome goodness from the school of Adam West's television Batman from the 60s, calling people "chum" and "friend" and "citizen" and assuming that they have good intentions. He trusts that right will come out on top, and believes in capital J Justice. 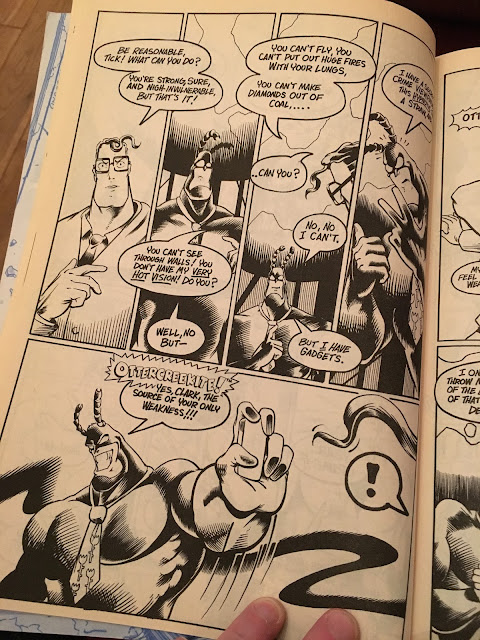 He finds Arthur, a nervous accountant, to partner with in every iteration. In all the versions, Arthur has been a nebbishy sort, sort of hapless, but smart and with a good heart. In this latest version, he's a little more traumatized by his past and dealing with mental health issues, but he's the same old Arthur. The two play off each other for good humor and that kind of heroism where good intentions and luck serve the heroes as well as actual skill and intel might for another pair.

I love dark heroes with tortured pasts as much as the next girl, but there's something refreshing about the Tick's relentless optimism and confidence. I named my van after him. (It's also big, blue, and a little dense).
Posted by Samantha Bryant at 6:00 AM