James Bond is maybe not typically touted as a superhero. There's no supernatural, mad science, or otherworldly explanation for him. But then again, Batman and Ironman are "just human," too. Definitions of what actually constitutes a "super" hero vs. just an ordinary hero are sketchy.

The character definitely plays as a superhero for me, though. A different sort depending on which iteration we're talking about. Clever and slick, charming, sociopathic, with killer instincts (pun intended), he's a dangerous man, who is at least mostly on the side good. His instincts might be his superpower. Or maybe it's luck.

Choosing which Bond is yours is like choosing your Doctor in Doctor Who. It may say more about you than you realize. Whether you prefer the lighter interpretations or the grittier ones, the gadgets or the hand to hand combat, the smarmy or the deadly serious.
I grew up watching Roger Moore with my mother, but in my head, the voice that says "Moneypenny" belongs to Sean Connery. I saw the Dalton and Brosnan flicks, but they didn't stick with me. I think Daniel Craig might be "my" James Bond though. I like darkness in my heroes, and Craig's Bond is full of that. He's damaged goods, with a heart seeking redemption. He's dangerous, not just for his weaponry, but because part of you wants to save him, even if it gets you killed in the process. 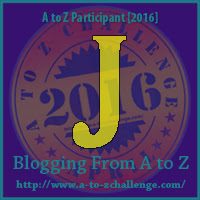