H is for …Hawkgirl


Hawkgirl won my heart during her stint on Justice League Unlimited.

Shayera Hol of the planet Thanagar is a complicated woman. She was sent to Earth as a spy and advance scout for a planned invasion by her people. She infiltrated the Justice League, fighting alongside the other heroes as Hawkgirl.

Hawkgirl is a "hit first" sort of woman. She loves a problem that can be solved with a solid swing of her electric mace. She's not a touchy-feely sort of woman, her feelings for Green Lantern John Stewart not withstanding. Her sense of humor is biting.


When she is revealed, and unmasked (shocker: that IS a mask--I wasn't sure if it was her face or not), she becomes the heart of whole second story about the nature of loyalty, betrayal of forgiveness. Yep, complicated. And awesome. 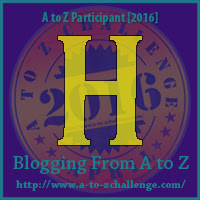