Independence Day always makes me think of my grandfather who was a WWII vet. This week for #SaturdayScenes, I bring you a poem I wrote about him and his ambivalence about his service.

He said loss
was certain in war—
we must all sacrifice for the Greater Good.
Friends, family, even faith—
surrendered like offerings,
head bowed, eyes averted.
Still, he wondered . . . wished
he had not recovered
from the scarcity of his youth.
If he had stayed home
with flat feet—
with polio—
would he still trust
in G-d and Country?
But he had witnessed the children,
served them bread and thin soups,
their wide eyes solemn over spoons
clasped in hands grown so thin
bones float in slack skin.
If these had remained words in the paper,
pictures in Life magazine,
he could have still believed
in something, held on to his faith—
that G-d cared, that good would prevail.

The army taught him eighty ways to kill,
but never
to forget that his enemies were his brothers.

He learned to apologize in seven languages,
but never
to look the other way. 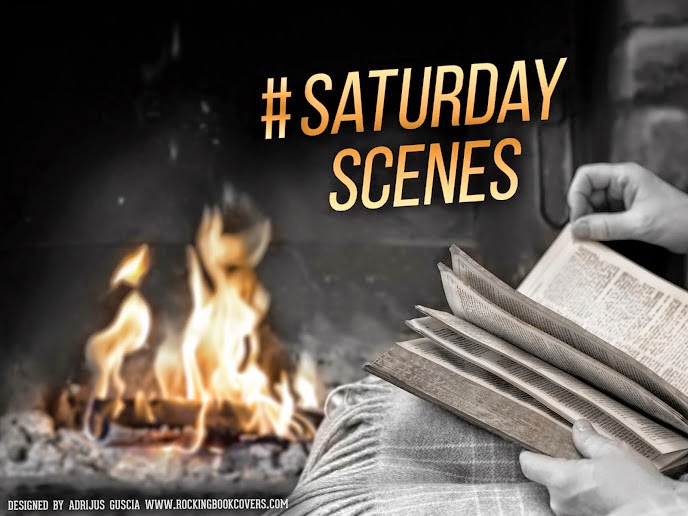 If you would like to check out more scenes by some really great writers, you should search under the hashtag #Saturdayscenes. The movement is the brainchild of +John Ward , who suggested that writers should share their work each Saturday.
_________________________________

My other #SaturdayScenes contributions:

Week One: Elopement Day from WIP, Cold Spring
Week Two: Linda Makes a First Impression from WIP, Her Father's Daughter, sequel to Going Through the Change
Week Three: Claiming Alex, from unpublished novel His Other Mother
Week Four: Things Get Hairy for Linda, from unpublished novel Going Through the Change
Week Five: a poem: A Clear Day in Kodiak, Alaska
Week Six: a snippet from an idea barely begun, Lacrosse Zombies
Week Seven: Mathilde's Visit, from WIP, Cold Spring
Week Eight: Sherry bakes, from His Other Mother
Week Nine: I Said So, Didn't I? (a scene in dialogue)
Posted by Samantha Bryant at 6:00 AM