The awesome co-hosts for the January 8 posting of the IWSG are T. Powell Coltrin, Victoria Marie Lees, Stephen Tremp, Renee Scattergood, and J.H. Moncrieff! I hope you'll check out their blogs as well as some of the others on this blog hop after you see what I have to say.

January 8 question - What started you on your writing journey? Was it a particular book, movie, story, or series? Was it a teacher/coach/spouse/friend/parent? Did you just "know" suddenly you wanted to write? 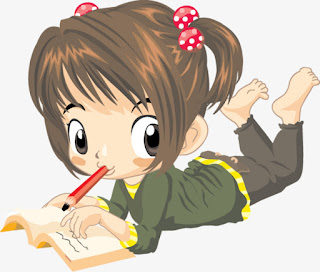 My first inklings (ha!) that I might be a writer came very early.

First grade. I had this teacher (so many great stories start that way, don't they?): Mrs. Asdorf or maybe Alsdorf.  I remember thinking she had a weird name.

To my memory, she was very short. She had to be because she didn't seem tall to me, and I was in first grade!

I also thought she was very old.  I have no idea if she actually was or not. This is a kid's eye view after all.

Mrs. Asdorf loved poetry. We had this project where we copied poems neatly (we were still learning the mechanics of writing after all), and made illustrations for them, then collected them in a folder made out of wallpaper scraps.  My first blank book.

I loved this project.  I'd always been drawn to poetry. Before I even went to school, I memorized my Mother Goose book and, thanks to my mother and all our hours in the library, had a love for Amelia Bedelia and Dr. Suess, children's books in love with the sounds of words.

I loved writing. I liked the feel of the pen or pencil on paper. I'd get this urge I thought of as "itchy fingers" and have to draw or copy something. (It still happens, though now, mostly I type).

At some point, Mrs. Asdorf came by to check my work. I'd picked poems by William Wordsworth and Emily Dickinson and was dutifully copying them down.

I don't remember exactly what she said, but I walked away with the realization that I could write poems myself, that it was okay to make up your own! So, I did.  I wrote a little set of rhymed couplets about Beauty (capital B Beauty; very high-concept). Here are the ones I remember:

Beauty is in the great, tall trees
Bending over in the breeze

Beauty is in each butterfly
That just happens to flutter by


It ended with one about "smile" and "while" that I can't remember fully anymore.  It was very well received and I began my first career as an occasional poet.   I wrote poems for birthdays, holidays, seasons, thank yous.  They were published in little school newsletters and once or twice in the teeny tiny local newspaper. I read them over the announcements for the school to hear. 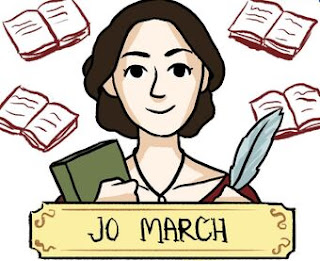 After that I always wrote. I kept journals. I wrote poems and stories. After reading Little Women, I thought I could be Jo March and earn money to help my family with my stories. Of course, no one pays children for their stories, but I did get lots of positive attention. In high school, I even wrote most of a novel about a tennis team romance.

By college though, I had been doused with enough realism to know that I needed to do something else for a living. So, I trained to become a teacher.

English of course. And Spanish.

I still wrote. I just didn't think that writing was something I could do for a living. Especially not since my form of choice was poetry. I figured I could still be a writer, on the side.

Then I was off into the world, making my way as a teacher, learning what it meant to be an adult, finding new people, places and things to love.

As many women do, I hit a lull in my public writing when I became a mother.  My first daughter was absorbing and most of the writing I did at that time was about her.  Teaching and mothering were my top priorities, so writing took a decided backseat, though I still managed to create a few essays and poems and even see them published. Life went on, as it does. I divorced, moved, lost people I loved, moved, remarried, moved, became a mother again, moved.

I wrote my way through all of it.   The writing was all very personal.  It was how I worked my way through whatever I was working my way through.  How I made decisions. How I cherished things. How I grieved and how I celebrated. It was how I found out what I was feeling and thinking. The thoughts and feelings just whirled around unformed until I recorded them, sorting them out, pinning them down and analyzing them.

Then, after the birth of my second child, when I was going through postpartum depression, my husband encouraged me to reconnect to my writing and I joined a group of writers.  All of them were writing novels, so I decided to give it a try.  It was hard, writing something so long.  In fact, it took me four years (not counting the abandoned first novel) to write the first draft of my first novel, another year after that to shape it into something readable, a few months after that to make it good.

That book is not published, though I'm hoping it will be someday. Currently, it's shelved for revisions. I've learned a lot since then, so I know I can make it better and then I'll shop it around again.

But I've written more since then. Three of them have been published. You can get them at bookstores and everything! I'm writing another one right now. 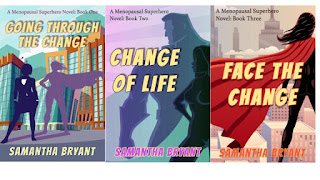 I am a woman who writes every day, who sees the world through the filter of her art, who doesn't know what she thinks until she processes it in words. I'm making a writing life, and my work is published and read. I'm working towards someday earning my living from my words alone.

So, thanks, Mrs. Alsdorf. In a way, this was all your idea. I'm so lucky to have had you as my teacher. Your nudge took :-)
Posted by Samantha Bryant at 6:00 AM