What I Read in August 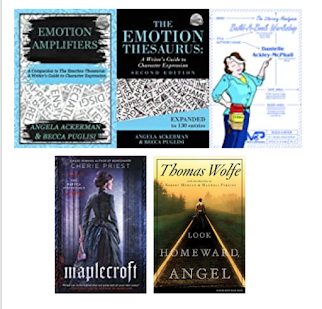 It look like I didn't read much in August. Only five books…and I'm cheating a little to claim the fifth. I still have a couple more hours on Look Homeward, Angel. But, in reality, I read a lot! It's just that one of the books to fill my August hours was more of a tome.

Also, school started, which really crimped my style when it came to reading time. Since school is an entirely online endeavor right now, I'm suffering from screentime overload, which makes me avoid reading on Kindle--which is usually my go-to format! The good news is that I can listen to audiobooks without looking at a screen, so anything waiting in my Audible and Chirp libraries is moving up the TBR pile a little faster.

You'll see that first three of my reads this month were more how-to sorts of things. I'm diving hard back into drafting the fourth Menopausal Superhero novel and I'm always looking for ways to increase my output speed, making the first drafts better so it doesn't take as many drafts to have a reader-worthy manuscript. So, The Emotion Thesaurus and Emotion Amplifiers are great quick reference when I'm finding myself hiding behind too many filter words, or drowning in "was." Maybe I didn't exactly "read" these, but I used them enough to be able to attest to their usefulness.

If life lets me, I'm planning to release my first fully indie project this October, so I checked in Danielle Ackley-McPhail's Build-a-Book-Workshop for some tips and advice. It turned out to be a little more basic than I was looking for, but I will still make use of her checklists as I work my way through the project, making sure I put out the best product I can. The book seems like an excellent introduction to the business of publishing your own work and I wish I'd started with it instead of picking up everything I knew piecemeal over the past few years. 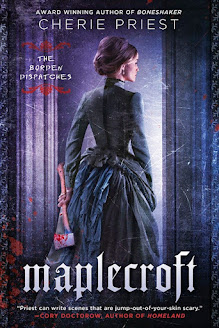 The only book on the list that was purely a pleasure read was Maplecroft by Cherie Priest. What if Lizzie Borden killed her parents because something Lovecraftian was going on?

That's the beginning premise of the book, which follow Lizzie, her sister, her actress girlfriend, and the local doctor into a fight against monsters trying to take over their town, and struggling to keep their sanity at the same time.

I ran across this book because Speculative Chic (a lovely magazine that recently hosted me for a guest post) had a book club discussion about Lovecraft Country, and this book came up as a recommended read in the same vein.

I'd read Boneshaker by Cherie Priest some time ago and really loved the post-apocalyptic steampunk alternate-history mixture, so I was excited to see what the author could do with Lovecraftian horror intermixed with historical fiction.

It didn't disappoint. It was only a shortage of funds at the moment that stopped me from buying the sequel immediately. Today's payday, so guess who's getting a new book?

The last book of August is Look Homeward, Angel, which is actually going to be a book of September, too because I'm not quite done yet. It's the October selection for my First Monday Classics Book Club (we don't meet in September because the first Monday is Labor Day). I had mixed feelings going in. Some people I've talked to LOVE this book; others, well…hate is a strong word, but….

I had heard from James Maxey (the founder and other host of our club) that the book was rather plotless. That's not always a good sign for my enjoyment. This is the story of a man's life…and it started several years before he was born and I was 20% into the book before he made it to puberty. But, I haven't been bored. Even though it's a bit of a meander of a book, I still care about Eugene and his strange and quirky family.

It's an interesting walk through the region (the book is set in Asheville, NC, mostly) and through history, peppered with all the racism and sexism you'd expect from anything telling the truth about 1929 (when it was published) in the South.

The last book of this sort I read was Pat Conroy's The Prince of Tides, maybe less regarded as a "classic" but still widely read and touted as representative of something true about the South. I didn't like it nearly as much, and I worried that this book, too, would suffer from "woe is me" whining and annoy me.

Good news! It didn't (at least not so far and I'm at 90% on the Kindle edition--been reading it as a combination of audiobook/kindle).

Though the main character, Eugene, does complain about his lot in life sometimes, the book doesn't feel like only navel gazing. It feels more like a bildungsroman--and I think he's actually going to grow up and not stay an annoying boy-man. I'll let you know next month, when I've made it to the end!

So, August had some good reads for me, but not as many as I wanted. How about you? What did you read this August?

Did you read my latest? If you did, toss a girl some stars and a few words of review. Even if you can't squee because you didn't LOVE it that much, reviews are a writer's best ticket to a wider audience and a chance to make some kind of a living, so they are *always* appreciated.  (end of PSA). 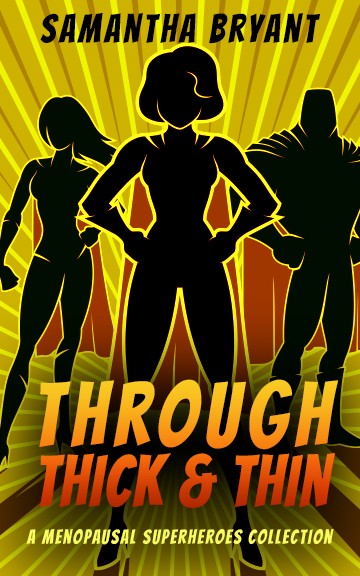 Posted by Samantha Bryant at 10:19 PM