I was really nervous about Captain Marvel.

I'm a pretty hardcore MCU fan, but female power moments are few and far between across all the movies. They waste their women characters over and over again. Waiting for a powerful woman hero scene is like trying to survive on breadcrumbs when you really want a sammich. What we get tastes good, but we're still hungry!

I was nervous about Wonder Woman, too, when it came out. After all, the DC cinematic universe had piled up a lot of near misses already. But Wonder Woman showed it could be done. A female led superhero movie that made bank and had fans standing up and cheering (and not all the fans were female). 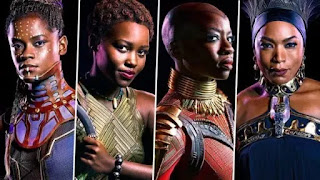 Black Panther may have a man as the title character, but it was Okoye, Shuri, Nakia, and Ramonda who lit up the screen and had me cheering. Okoye even got to break trope and be a warrior woman with a love in her life who didn't get killed! It was amazing.

My hope built, despite the fact that I still haven't forgiven the franchise for taking Black Widow and giving her an out-of-left-field romance story line that includes self-hatred over infertility. Had they never even watched their own movies? Had they not met this woman? You've got ONE significant female hero and you saddle her with a weak romance story line when she's practically a ninja? Gah!

When I saw the first trailer for Captain Marvel, my heart sank. The voiceover was 90% Nick Fury, and while the lines were strong, they weren't spoken by the title character. That had me concerned. When we did hear Brie Larson's voice, it sound small, and little girlish. Uncertain. Not how Carol Danvers sounds inside my head. I was chanting under my breath, hoping they wouldn't blow it, and worried they would.

So, even though I'd heard some positive things before walking into the theater, I was still half-holding my breath as the film started.

They didn't screw it up! In fact, it was a very solid superhero flick. I had cause to pump my fist in the air in solidarity and joy. It didn't light me on fire as much as I'd hoped, but it also didn't leave me groaning. I might wish it had been braver, taken a few more risks, but it doesn't set us back, and there's plenty of room to make more of this character in Endgame and future franchise entries.

Best moments (non spoilery) for me:
I'd love to hear what you though, if you've seen it. I think we're posed for some fabulous super-women moments in Endgame. I hope the MCU has the balls to see it through.
Posted by Samantha Bryant at 6:00 AM