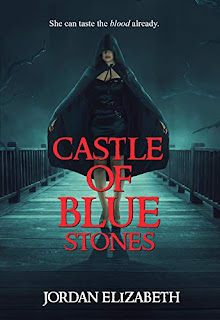 Hello regular readers! I'm handing over my blog today to Jordan Elizabeth to celebrate the release of her newest book with her. Please read on to see what she's been up to!

Volcanic ash has ruined the world and only remote outposts remain. At the castle in the mountains, covered by snow, everyone only sees shades of blue.

By day she explores farther down the mountain. By night, she’s plagued with dreams of a panther and ghosts calling her name.

When Jaisy’s job sends her into the dungeon, she discovers a hidden room filled with dangerous information. There are secrets within the damp, stone walls that those in control don’t want anyone to know.

The leaders will kill to protect those secrets – even executing one of their own.

Jaisy will not go quietly into the blue night, no matter how hard the leaders attempt to silence her.


Get your book today from Amazon for 99 cents! getbook.at/CastleofBlueStones

They tell me the world shouldn’t be blue, but that’s all I see. Everything has a twinge of blue, from the mist that sometimes rises in the morning to the snow that never wants to leave. The Guardians tell me the snow should be white, that which stretches everywhere across the mountains. I know what it looks like, white, when I close my eyes, a stark absence of color, but I shouldn’t, for all I remember is blue in all different shades.

The cold dampness bites at my toes. The extra two pairs of woolen socks, all I can fit into the old boots, aren’t working. I glance over my shoulder, up the hills to the castle of dark blue stone – they say it’s such a dark grey it looks black – where the windows haunt my dreams. That glass that reflects the sunlight screams at me to ignore the worn-out leather boots and the threat of frostbite on my cheeks, to keep trudging and never dare go back.

Except, I will. What lies beyond all the snow and rocks? They tell me nothing, that I should be thankful to have survived the volcano that killed ninety-percent of the population with ash, which brought about what they call an ice age. Out there, I will freeze and starve. Death will claim me.

I tug off one of my wool mittens to study my fingers, still pliable enough that frostbite hasn’t begun. I’ve gone what might be an extra half-mile from my last trek. I mark each time I stop to go back by painting on a rock. I choose a rock tall enough to protrude from the snow.

My breath puffs in front of my lips. I’ve gone a mile, by my reckoning. I always push myself for that one extra mile. They’re used to it, back at the castle. My boss won’t expect me back until morning when we file for breakfast, and judging by the sun lowering in the sky, I have a few hours before twilight.

I pull my glove back on and continue. The snow drifted, so in most places, it reaches my shins, but sometimes it comes up to my knees, or my waist, but never deeper. I’ve laced the ankle boots as tight as they go, with extra woolen legwarmers, to keep the snow from falling inside.

Someday, I will find what calls to me. Whatever it is, it is mine. It wants me there.

The wind tears through the leather coat. I’ll need to sew extra material into the lining. The dress underneath is thick, with a collar that buttons to my chin. I won’t freeze. The ice would be the winner then, not I.

I stiffen. No one would follow me. They don’t go outside except for the balconies, for fresh air when the sun is warm.

The voices have begun again. “Who are you?” My own voice is higher-pitched, shrill, desperate. It bounces off the boulders rising jagged; it rattles through the mountains into the cloudless sky.

The voices only reach me when I leave the castle, when I am far enough away that it is only a speck of blue.

Flakes of snow spiral into the image of a young woman. Her hair is copper, with a tiara on her head, set with pearls. A sheer veil drapes around her bare shoulders. Her red dress is sleeveless, with a gold sash across the front.

She is not blue.

“Shayna…” It is her voice, deeper than mine, which answers my question. The flakes fall back to the ground, banishing her. She’s appeared before, always leaving without more than a few words. Last time, she swore she loved me.

I sit in the snow and adjust my hat. My heartbeat races, my palms itch as though a thousand spiders bit them.

A dream approaches. “Take me.”


A woman shoved my arms into the sleeves of an oversized brown coat and jerked at the fastenings. “You do not look back. You keep going.”

“Grandma, Lana isn’t here. They’re going to hurt her.” My voice wobbled and tears blurred my vision. I wiped the burn away on my sleeve as she fastened the final brass button. “Grandma.” She needed to listen – Lana had to be saved. “Our lives are linked. If she dies, I die.” It was more than that. Lana had become everything to me since I turned thirteen, two years ago.

“That’s not how it works. If you die, she dies, but if she dies, another will take her place.” My grandmother cried as I did, her blue eyes shining and the kohl around her lashes running. Her brown coat was as hideous as mine, shapeless, a peasant man’s; I had to be short, so mine dragged along the marble floor.

Antorge bolted into the library and slammed the door shut. “They’re here.”

“The spirits save us.” My grandmother drew a heart over her chest to call on their good graces. How could they help us when we were abandoning our pets to fight for us? Lana, my panther, should be at my side, not snarling at the palace gate.

Antorge pulled me into his arms to lay his lips against mine. “I love you, Jaisy.” Gone were his regal clothes; in their place, he wore a baggy, woolen tunic and black slacks tucked into boots. He could’ve been a servant rather than my betrothed.

My grandmother fiddled with the lever beneath the ship painting; the secret panel in the wall swung outward. “Come, hurry.”

My heart thudded against my chest and I tightened my fingers around his. “We’ll hide in the wall.”

“We’ll keep going.” My grandmother scowled as she vanished into the shadows of the passageway.

Antorge and I had played hide-and-seek in that dank area when we were children. Father had told us it’d been used for refugees in the wars one-hundred years ago. It would be used again for that.

As I stepped inside, Antorge pulled me back around to press his lips to mine. “I love you.” He nudged me inside, one hand on the panel.

“She said to hurry…” A roaring started in my ears. The candles around the library had grown too bright. “You’re not coming.”

Now he cried; so many tears amongst us. “I’ll lead them away. It’s you they want.”

“They want all of us.” Grandmother grabbed my sleeve from the darkness, jerking me back. The panel closed, sealing a wall between Antoge and me.

“He’ll be fine,” Grandmother whispered. “He’ll find us if we don’t find him.”

The tunnel led us up and down. The tears refused to stop and a sob choked my throat. Our ancestors had done this before, they would pity us. My brunette bangs fell over my eyes, long curls catching on my lips. In the dark, my hair could have been sable.

The passage opened beneath the bridge in the city. Snow fell in thick flakes from the sky. It had never snowed so much; it had begun when the evil ones first entered the country.

“The temple will protect us,” my grandmother said. She believed so heartedly in the ancestors. We needed Lana and the other soul pets, not long-dead ghosts.

The ice in the pond cracks and a hand jutted out, skinny enough to accentuate every bone. Yellow fingernails, an inch long, curled around the fingertips.

“What is that?” I screamed.

I would waken in Antorge’s bed with sunlight painting us in colors from the stained-glass window. We would giggle, he’d kiss me, and I’d tiptoe back to my bedroom, biting my knuckles to stifle my laughter.

This couldn’t be real. A nightmare terrifying enough to send a child scurrying to its parent.

The hand seized the dragging coat. I reached for my grandmother, catching sight of her green eyes and silver hair, before frigid water closed over me.


I open my eyes to realize I’ve fallen backwards. It has begun to snow, flakes settling over me. When I blink, I feel frozen tears.

I’ve had that dream before, and each time the loss of the young man stabs me so hard I want to scream.

“Grandmother?” No answer besides the wind.

I walk to the nearest rock and pull the paint stick from my pocket. They say the paint is red, but it appears murky blue. I color in a square as large as my head and tuck the paint stick away, buttoning the pocket. If I head back to the castle, I’ll stop crying. The grandmother and Antorge will fade away, back into the daydream, and everyday activities will take over. I won’t be lost to my own mind.

Antorge and my grandmother will never be real. I’ve made them up, even though the dreams have color and I can feel them touch me.

They tell me I never had a grandmother, so she can’t be factual.

“You’re lucky to be alive,” the Guardians say. The volcano killed my family when I was two years old. I’ve lived at the castle ever since.

Jordan Elizabeth writes down her nightmares in order to live her dreams. When she's not creating art or searching for lost history in the woods, she's updating her blog. Jordan roams Central New York, but she loves to travel. 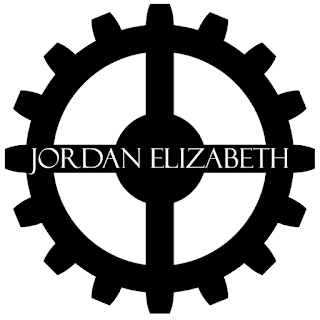