#25 of 31 Days of Halloween: Shirley Jackson 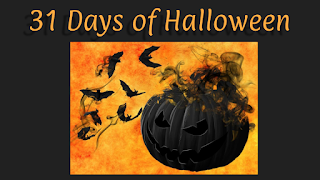 Shirley Jackson should be some kind of patron saint of Halloween. She wrote some of the horror stories that haunt me the most deeply. She's best known for her short story "The Lottery" which many a high school student read in their English classes, one of the few horror stories we were allowed in the curriculum alongside Edgar Allan Poe.

One of the scariest things about that story and many other of Jackson's works isn't the supernatural.  It's the people. The psychological torments we inflict on ourselves and on others. We Have Always Lived in the Castle has always been my favorite, but The Haunting of Hill House is a very close second.

It set the standard for Haunted House stories, with discord and distrust among the inhabitants, disagreement about what did and did not really happen, or what the probably causes might be. The atmosphere of long shadows, both of past events and of long windows shining with impossible light. No one knew that atmosphere like Shirley.


Who could forget that first paragraph (which is also the last):

"No live organism can continue for long to exist sanely under conditions of absolute reality; even larks and katydids are supposed, by some, to dream. Hill House, not sane, stood by itself against its hills, holding darkness within; it had stood for eighty years and might stand for eighty more. Within, walls continued upright, bricks met neatly, floors were firm, and doors were sensibly shut; silence lay steadily against the wood and stone of Hill House, and whatever walked there, walked alone."


The house itself is the main character of that novel, and that's true of the recent adaptation by Netflix as well, even though the story takes little else from the original text. It's like reading Hamlet or Macbeth, where you're not sure from one moment to the next if its madness or magic going on. There's room for both interpretations in every moment.

That ambiguity is the heart of gothic storytelling, and it beat in Shirley Jackson's chest full bore.
Posted by Samantha Bryant at 6:00 AM