My Summer in Short Stories

This summer has been all about short stories. That's a real change of pace for me.

I've been pushing myself to put out a novel a year since 2015, when my first novel debuted. The up-side of that has been building my catalogue. I have three novels and a collection of short stories out in my Menopausal Superheroes series now. I've built a bit of a following for the series and am working towards a real career in writing. I'm proud of myself for that.

On the down-side though, I was getting cranky. A book a year is a difficult pace to keep up alongside my family and my teaching work. I was feeling burnt out, and losing my feeling of joy in the work.

So, I decided to slow down. In 2017, I decided, I would not write book 4 of my series, but would give myself a little room to play around in other areas, to take up opportunities I'd been offered and write some new things.

I'm so glad I did! There's a freedom in writing something new that is revitalizing. While I value the opportunities my Menopausal Superheroes have brought me, there are other stories I also long to tell. I can start to feel a little stifled, even if the person putting limits on me is me (by having to work within the universe I created).

So here's what's been going on in my writing life 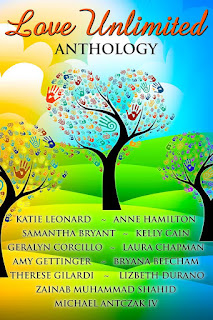 August Plans/In Progress
As summer comes to a close, I'm nearly always overwhelmed with feelings of regret about all the things I didn't get done, so this post is for myself as much as anything: a list of what I accomplished for the days when I'm feeling like I let summer slip by without accomplishing anything. Look at all that stuff! Go me!
Posted by Samantha Bryant at 6:00 AM