You Got Your Christmas in my Chanukah!

I married a nice Catholic boy a few years ago. As we approached our first holiday season together, I asked him how he felt about celebrating Chanukah. I'm not particularly religious, but I have always liked The Festival of Lights for its emphasis on family time. I was delighted when he said yes. So, for eight or so years now, we've been doing both Christmas and Chanukah.


This year, like many families, we're trying to scale back our holiday spending. Eight nights of presents, and then Christmas, too, can get really expensive, so we decided to do it differently this year. Instead of making Chanukah about gifts, we planned a family activity for each night. I love it!

Here's a break down of our nights: 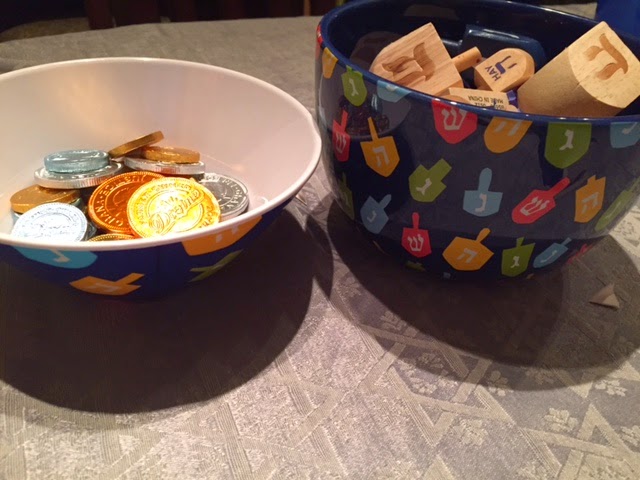 We're teaching the little one the prayers this year, so I got the joy of listening to my older daughter patiently walking her little sister through the words, syllable by syllable. Her sweet little warble alongside our more grown-up voices made me happily teary.  She's growing up, that one! You can tell because she now cheers for anyone who gets Gimel! 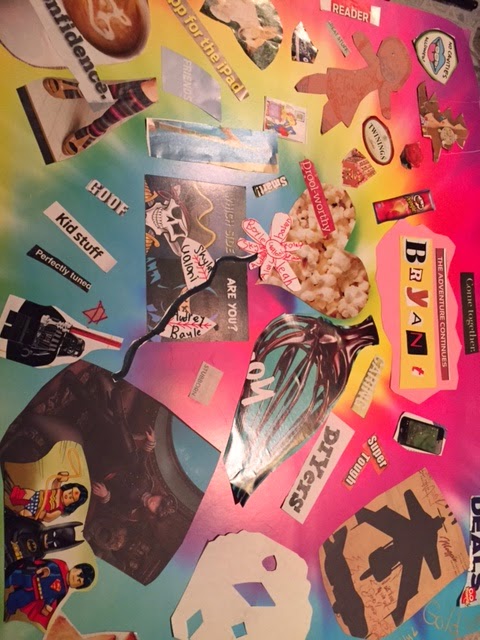 We've done this before and I think I'd like to have us do it every year until the kids start to refuse. We grab all the magazines in the house and pull pictures of things that represent our family or one of the members of it, then make a family collage. This  year, you'll see comics, heroes, chocolate, popcorn, coffee, legos, games, Star Wars, Twinings tea, and many other things we enjoy together.  The best part was all the laughter and talking while we handed each other pictures to consider.

We have a teenager in our house, so youtube is a service that sees a fair amount of use. We gave each person ten minutes or so to show things they like on youtube to the other family members, who promised to at least watch politely. :-) Here was my contribution:

Friday night is always tricky at our house. Mom and Dad are exhausted. The teenager wants social time with the boyfriend. The little one is full of happy energy. Whew!  Movie night works for us all--popcorn on the couch in the dark with cuddles and giggles. Perfect.

Our selection was Sky High--superheroes that don't get too dark for smaller folk, but no annoying cartoon voices for us larger folk. The three larger folk had seen the film before, but it held up very well. It's a really charming flick!

Saturday was challenging. It's always hard to celebrate Jewish holidays when you're not living in a

Jewish community--there are a lot of other demands on your time! The littlest one had her last holiday art class in the morning and her taekwondo studio was having a Christmas party in the evening, so we just changed the order of operations and did our activity first, then ended with candles and prayers.  We also had the teenager's boyfriend over this afternoon. Luckily it was game night--um, afternoon.

We played a game called Flash Point. It's a co-op game (which means that the players are working together to defeat a scenario on the board, rather than competing with each other). We play firefighters, with different types of expertise, working together to rescue people and pets from a fire. I'm happy to report that we rescued all but one of one the fire victims.

Co-op games are my favorite type of games to play with my family. All of us really got into this scenario as well. We scrambled to make sure that kitten made it out there! 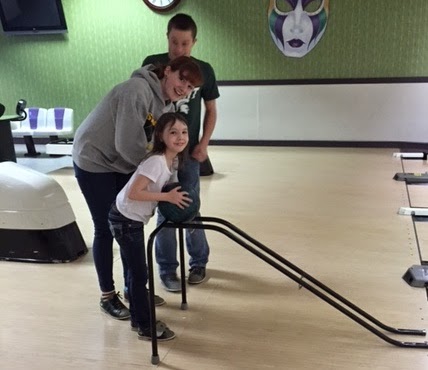 This proved to be the expensive night. Bowling. But it was a good time :-)  And I actually won, probably because the hubby succumbed to a migraine and had to stay home. But still, I beat a pair of pretty athletic teenagers, so that felt like something, and the little monkey was adorable rolling her six pound ball down the guide rails.  We also learned that she shares my love of skeeball. Someday, when I'm rich and famous, we'll have a skeeball lane in our game room.

I love to bake. So does the little one. The older one not so much, but she does love arts and crafts. 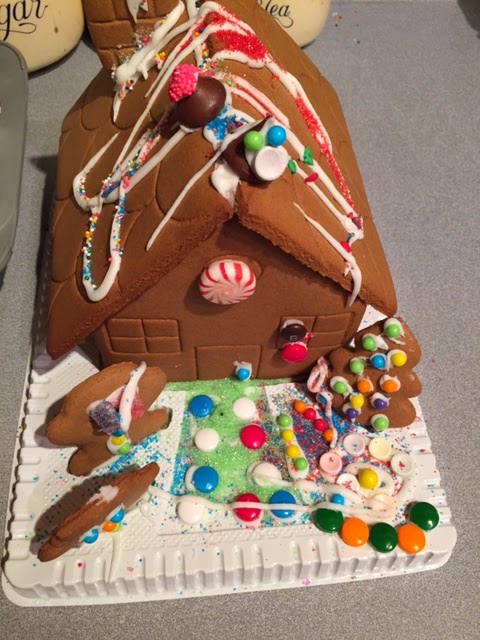 (Papa was still down with the sickness, so didn't get to help with this one.) So, Ninja-bread men and a gingerbread house, it was--where baking is like arts and crafts because the icing is really just edible glue.

We won't be winning any posh awards for our efforts, but we did have a good time. It was a surprise when green hail fell on the plastic lawn of our gingerbread house kit, but we do get some strange weather here in North Carolina. 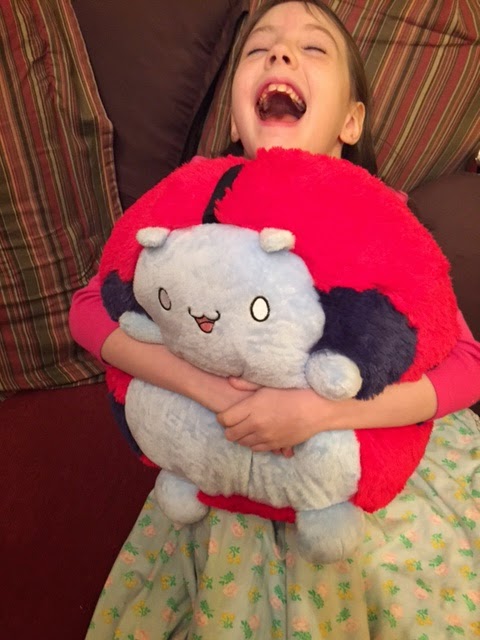 The last night of Chanukah is always so beautiful. The youngest had learned some of the words (at least Barukh atah Adonai) and all of the tune. Since half our family was ill, we ate homemade chicken soup while we watched the eight candles glow and melt.

We gave each other gifts. The husband got Artisan Dice that I picked up for him at GenCon this summer. I got a shawl I had recently coveted and some Star of David jewelry. The eldest got steampunk style earrings. The youngest got a squishable Catbug, so fluffy she could die! She fell asleep on top of him and had to be resettled lest she wake up with a crick in her neck--he's that fluffy!

So, that was our Chanukah and it was a lovely one indeed. May your holidays be just as bright and full of love and laughter.
Posted by Samantha Bryant at 7:33 AM