School started in mid August for me, so that really put a dent in my reading time. Still, I managed to finish a few books:

A little romance, a little horror, some supernatural happenings, a heist or two, and a health dose of wit and humor. Really, quite a good month for reading. 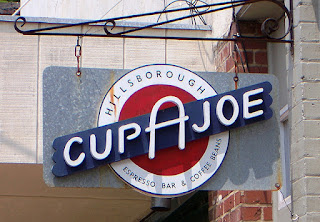 I started with Eleanor and the Egret, a graphic novel by John Layman and Sam Kieth. My local coffee shop keeps a spinner rack stocked with a variety of comics and when I buy my "hurray! It's Friday!" treat of a pastry and a fancy coffee, I also often buy myself a comic. That's how I found the first issue of Eleanor and the Egret and I loved it so much, I ordered the trade.
I'm so glad to have run across this bizarre and good hearted story of a young woman and an egret who become art thieves together.
Alexandra Christian and I share a publisher, and I got her new book, Dr. Watson and the Ladies' Club Coven, as soon as it released in May 2021, but I hadn't read it yet! Wanting something short that I already knew I would love, I put this book next in my e-book queue. Like her previous Shadow Council Archives novella, The Ghost and Dr. Watson, this novella features Dr. John Watson after Sherlock Holmes has died in a world where supernatural happenings don't turn out to be phosphorescent paint and humans with ill intent, but the real deal. Highly recommended for fans of Sherlock Holmes and the supernatural.
Earlier this summer, I read Monster, She Wrote by Lisa Kröger and Melanie R. Anderson, a sort of annotated bibliography of works of speculative fiction by women across history. In that book, I learned that Edith Wharton, an author I knew from her literary, historical classics like The Age of Innocence and Ethan Frome had also written a number of Gothic tales. So when I was offered a good deal on a collection of her Gothic tales from Chirpbooks (a discount audiobook company), I jumped on it. The Wharton Gothics included stories with real ghosts alongside atmospheric tales in which the dread came from natural instead of supernatural causes. 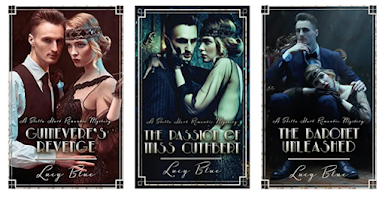 Meanwhile, over on my Kindle, I pounced on the next of Lucy Blue's Stella Hart Romantic mysteries, just released in July. You might remember that I read two of them last month and enjoyed them immensely. The third one, The Baronet Unleashed, was just as much fun. This one took us into old Hollywood which was a fun setting, and kept all the witty dialogue and charming romance going. I'm already looking forward to the next in the series!
Sad that I couldn't immediately read another Stella Hart, I dug through my Kindle library for something else that might scratch that particular itch and found the first of the Miss Fisher's Mysteries series by Kerry Greenwood, Cocaine Blues. I bought it some time ago, when I was watching (and LOVING) the television series, but I hadn't read it yet.
Like Stella Hart, Phryne Fisher is a firecracker of a woman, though she's more adventurous and less concerned about what other's might think of her than Stella. I quite enjoyed this introductory adventure with Miss Fisher and will definitely be back to read more of them.

So that was my August in books. Right now, I'm in the middle of two books: The Count of Monte Cristo, which I'm reading for my first Monday Classics book club and quite enjoying as an audiobook and 2,000 to 10,000: How to Write Faster, Write Better, and Write More of What You Love by Rachel Aaron, a very practical book I'm hoping will help speed my process as a writer. In paper, I'm mostly reading comics right now.

How about you? Read anything fabulous this August? I'd love to hear about in the comments!

Posted by Samantha Bryant at 9:30 PM