Our Disney+ Project: Part One 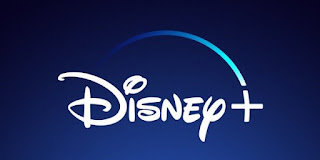 The company has created a lot of stories that I've enjoyed in my life, but they have also helped feed a narrative of women either as helpless and needing rescue or objects of censure for being anything not considered "wholesome."

Even as a little girl, I chafed at some of the underlying messages. But there's a magic about this films, especially when they get you at a young age.

I'm a sucker for a musical, and Disney has more than a few out there that made up the soundtrack of my childhood. Even if I don't always like how the "princess" narrative goes--Disney has a long history of female led stories that garnered huge audiences, crossing generational lines. The cultural significance of that can't be ignored.

Since Disney now owns Star Wars and Marvel--two fandoms that dominate our household, we got the new Disney+ service.

So, I've decided to watch the Disney animated features in chronological order with my younger daughter. She's into animation, and hasn't seen some of the older ones at all, so I think it'll be an interesting view on the body of work. 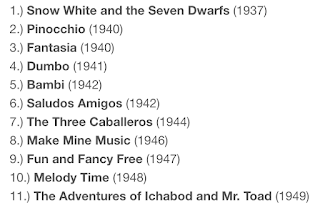 Those first five I know well. I've seen them all many times, starting in early childhood, and moving through VHS and DVD and streaming services with my cousins and friends and eventually my elder daughter. We don't think our youngest has seen any of them before, though she's seen a lot of Disney's more recent movies.

I don't remember ever seeing Saludos Amigos, Make Mine Music, or Fun or Fancy Free, at least not by title. The Three Cabelleros, Melody Time, and The Adventures of Ichabod and Mr. Toad ring only vague bells.

At this writing, the youngest Bryant and I have watched Snow White and Pinocchio. 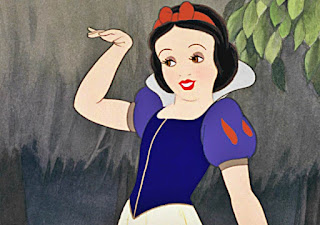 Snow White is weird-looking. She is portrayed as neither a woman nor a child, but some sort of hybrid: adult-sized and apparently considered marriageable drawn as if she is wearing eye makeup and lipstick, but with a chubby baby-fat kind of look more like a toddler, no womanly curves, and a very childish voice.

It's disconcerting. The animation on the dwarves is more expressive than on our princess.

We noticed that sometimes when Snow turns her head, something strange happens to the planes of her face, as if it does not actually have three dimensions. It reminded us of hieroglyphic art in that the face was always to the front, no matter what. We began to wonder if there were any ears under her hair because of all the moments when her movement made us expect to glimpse them, but none were seen.

Obviously animation of human-appearing characters has come a long way since this first feature film.

The Blue Fairy has a similar plasticity, but it is less disturbing since she's a supernatural character: a 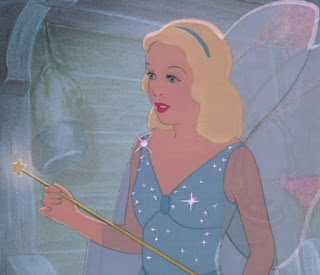 fairy who lives in a wishing star. Pinocchio only looks "real" for a couple of minutes at the end, so there wasn't time for him to pull us too far into the uncanny valley.

Story-wise it was interesting the parts of the story that weren't portrayed.

My daughter and I are very familiar with Snow White in thousands of iterations, from the Grimm fairy tale telling through hundreds of reinterpretations in books, movies, and other media.

In the Disney animated feature, we never see Snow White interact with her stepmother until the stepmother comes to the dwarves' cottage disguised as the apple peddler. That's an interesting storytelling choice that really adds to the stepmother/witch's malice.

Neither of us has read The Adventures of Pinocchio by Carlo Collodi, however. When we talked it through, we realized that the only other version of Pinocchio either of us could remember seeing is the character in the Shrek movie series. We did both feel like we already knew this character well, though, despite exploring him far less thoroughly. We must have absorbed him through cultural osmosis.

In the movie, we wondered why we didn't get to see Geppetto get swallowed by the whale. His whole adventure happened off screen. Both of us agreed that would have been more interesting than the whole Pleasure Island sequence that went on too long.

Some parts of the stories didn't age that well.

The ick-factor of Snow's awakening by a kiss from a complete stranger is alleviated by having the prince meet her early in the movie with the wishing well scene. Thank goodness. It really did help with that moment.

The evil gypsy puppeteer Mangiafuoco in Pinocchio definitely made the movie feel old, and not in a good way. Racial stereotypes like that don't play as simply as they once did and we both felt squiggy watching that part. And the cartoon logic of having a pet cat that acts like a cat in the same movie as a talking fox who acts like a human is something we don't often see any more.

Also, is Geppetto the worst dad ever? He sends a boy who was literally a block of wood yesterday off to school alone and wonders why he doesn't get there? I mean, I don't like the helicopter parenting we see these days either, but a little preparation and leading the way might have been a good idea.

"Heigh-Ho", "Whistle While You Work",  and "I Got No Strings" still had our feet tapping. Those songs hold up well. The warbling love bits, less so.

I'd love to hear what you memories and experiences surrounding these films are like and hope you'll come back to talk about the rest of the project. There are more than 50 movies in the list, so it might take us a year or so to watch them all!
Posted by Samantha Bryant at 6:02 PM