A lot of the things I read in 2018 weren't written in 2018 or even in the 2000s or 1900s at all. I help facilitate the First Monday Classics Book Club at my library with another author-friend, James Maxey, so some of the older reads on this list stem from that group, though not all of them. We read a lot of good stuff this year. The one that will probably linger with me longest is Les Miserables by Victor Hugo, though I also loved reading A Narrative of the Life of Frederick Douglass and revisiting A Wrinkle in Time by Madeline L'Engle.

My neighborhood book club seems to select a lot of nonfiction, which I really appreciate because, while I usually find I enjoy nonfiction, I seldom choose it for myself. Our most recent read was Educated by Tara Westover, which I found fascinating for its insight into a world I usually only see in the aftermath on the news. My favorite, though, was Isaac's Storm: A Man, A Time, and the Deadliest Storm in History by Erik Larson. It was especially apropos in a year when two hurricanes swept my home state of North Carolina.

There are a few things here I read to support other authors, friends and colleagues or just people I agreed to help out with reviews for whatever reason. My favorite of these was Transference by Kate Jonuska. It's a superhero novel, similar to my own in that acquiring superpowers is not necessarily regarded as a boon, but more as something the character now has to deal with.

Others are just things I've been meaning to read for a long time. I spent a bit of reading time this year on gothic romance and horror because the next book tapping on my shoulder to write is a gothic romance and I wanted to steep myself in that lovely dark brew in preparation.

The Woman in Black by Susan Hill was FABULOUS. It was amazing how the tropes were turned on their ears simply by casting our ghost-seeing-character as a Victorian man rather than a woman.

Among general fiction, things I picked up just because I wanted to, I enjoyed Becky Chambers' Wayfarers series 1 and 2 the best. The Long Way to a Small Angry Planet has been described by some as "rainbows and unicorns space opera", which I think they mean as an insult.  The series definitely has a very positive outlook rather than the usual angsty grimdark we see in space opera, so it's different, which I think is the best thing about it. I enjoyed it for the exploration of cultural dissonances that would naturally arise when different kinds of aliens live and work together. The sequel, A Closed and Common Orbit, is an exploration of what constitutes life, through the eyes of an AI character. Thought provoking, and still, in the end, about love and friendship.

Goodreads says I've read 59 as of today (I'm writing this in the first half of December), but it's looks like they are counting Kill the Farm Boy, which was a DNF (did not finish) for me (it felt like it was trying too hard to me, and I didn't find it funny as I had hoped), so we'll say 58. I've got one in progress I'll finish soon, and two more I expect to finish in December. So, I'll probably finish my year at 61 books read. I set my goal at 52, one per week, and usually can exceed it, without having to pile up on short reads at the last minute, thanks to the magic of audiobooks that let me read while I handle the mindless minutiae of domestic life.


Classics: 17
(I count classics of speculative fiction as well as literary fiction here)

Not bad for the crazy-busy year I've had. How was your year in books? What did you read that I should? Did we read anything in common this year? I'd love to hear your thoughts in the comments. 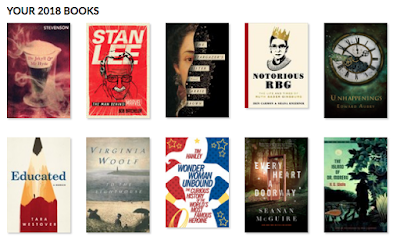 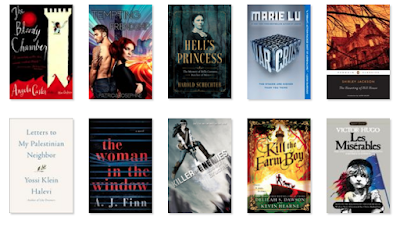 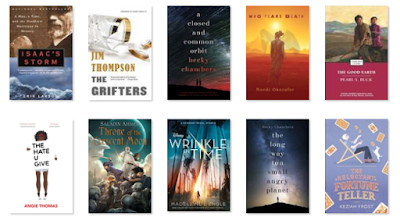 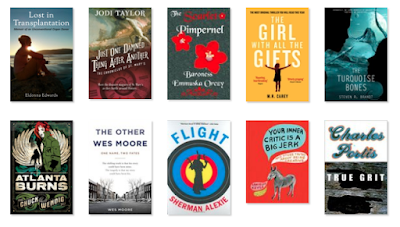 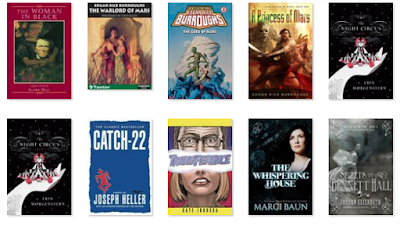 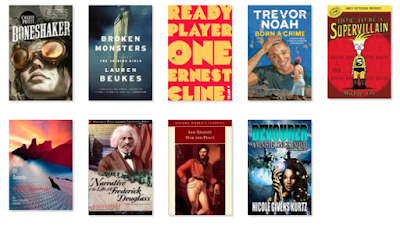