Making My Peace with the Kitchen 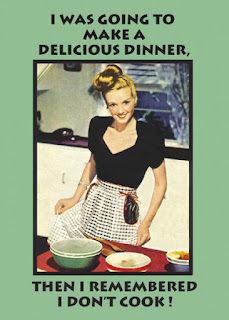 I didn't cook when I was a young woman. In my first marriage, my husband did most of our day to day meal preparation.

I used to brag about that.

I think I thought it proved something about my feminism, that our house hadn't fallen into that particular traditional gender role. (Even though we fell into plenty of other typical patterns).

I definitely didn't want to be the little wifey, slaving away in the kitchen. No way, no how.

I only cooked if we were having a party or trying something I thought was ambitious or fun. That started to change when we had a child since there was a greater need for a variety of food preparation, but when we divorced, he was still the main cook in our house.

So, there I was, thirty-two years old, temporarily back in my parents house with a preschooler. My mom and dad are wonderful people, who really came through for me when I needed it. But I wasn't enjoying eating with them.

They weren't very adventurous eaters (I am), and my mom was pretty burnt out on meal preparation. She'd been making meals for one kind of family or another since she was nine years old, after all. Most meals involved a lot of boxes and cans, and I found them pretty darn dull.

So, I started cooking.

I was looking for a way to contribute to the household, since I was draining their resources, and unable to contribute any dollars (even an amicable divorce is expensive), so I could contribute my labor. I'm not very good at accepting help (especially if I can't reciprocate), and my parents were thrilled to have someone else take over cooking for a while, so it was a good arrangement.

I learned something other cooks have known for a long time: preparing food for people is an expression of love and care.

Like I've always done when I wanted to learn something new, I looked for helpful books, and found the wonderful world of cookbooks. My mom had a lovely basic cookbook on the shelves at her house. I think it was a Better Homes and Garden offering. The good thing about it was its specificity. It didn't assume that you knew the terminology or would automatically know how to tell if the carrots were done cooking. It was explicit and complete, and so useful for a novice cook!

Soon, I had mastered some good basics and started expanding. After a couple of years, I was a basically competent cook. I wasn't angsty about cooking or anything. It was a new and exciting skill; it meant I got to eat better; and it let me pay back my parents for the huge favor of taking me and my daughter in, when they should have been enjoying their empty nest.

And then I married again.

And it was time to negotiate. 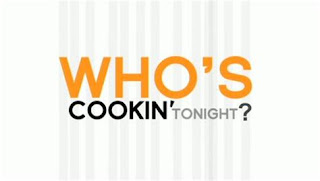 In our courtship, Sweetman and I had each cooked for each other. There was that time that we learned I didn't understand peppers yet and nearly killed him with habañero peppers, and he still loved me afterwards. There was the time we had to order takeout because his meal plan took longer than he thought it would and my blood sugar tanked.

We really didn't know how we were going to handle food in our new shared life. We didn't walk into our first home knowing who would handle what household job.

I was superstitious in a lot of ways about this second chance at love and marriage. I wanted to do everything differently.

It's hard to remember now how it went at first. I think we tried taking turns. But it quickly became clear that my day job as a teacher got me home a LOT earlier than his job as a UX guy (like 2-3 hours!), and that we could have dinner a lot earlier if I cooked it. That was better for the flow of day, getting the kid (and later plural kids) to bed timely and getting enough rest.

Luckily, Sweetman has always been great to cook for. He's willing to try things and shares the labor: helping choose menus, grocery shop, and prepare the food when he can get home in time. Most importantly, he's genuinely appreciative of the effort it takes each and every time. Ask anyone who cooks: an appreciative audience makes a difference.

So, now I've been the primary cook in our family for the twelve years we've been married. He cooks from time to time (usually once or twice a week). It's not about an unwillingness: it's just about time. On holidays and vacations, he often takes on more because he can. And now that I've been doing it a while, the kitchen is more my space. I don't always like to share it.

This summer, though, I hit a wall. I've hit a few of them over the years: just these periods when I can't get invested in the process, when I don't care what we have for dinner or even if we eat. I just want to be done.

It's a kind of burnout. Usually my burnout periods are short. This one was longer. About two months long. I definitely blew the take-out budget. I'd feel deflated just thinking about spending time in the kitchen. There were so many other things I wanted to do instead.

But, we needed to eat, so I had to find a way around my own roadblock.

The same thing that always works on me: I tried something new. 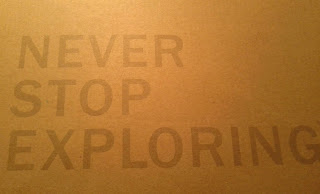 I was bored as much as I was burnt out. It had been a while since I upped the ante by pushing myself with a new kitchen skill or new recipe. So, I broke out another cookbook and started trying the things in it we hadn't made yet.

It's kind of funny that I didn't think of it. I mean, that's what I do when I'm teaching or writing and things start to feel stale and uninteresting. You'd think I would know.

This week we had five things I'd never made before.

Sure enough, the family was re-engaged because the meals were interesting, and so was I. I guess the kitchen have made our peace again (until next time!).
Posted by Samantha Bryant at 6:00 AM