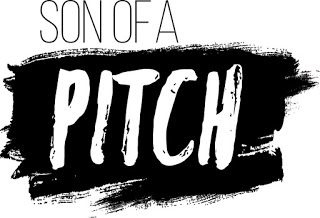 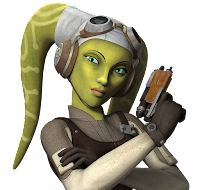 Myran is deadly hot, the ground is cracked open and rays of lethal light flash through the city every day. But nothing worries Donovar as much as the constant threat of attack.

When he was a soldier, Donovar never imagined he’d be ruling the empire. He hates it. Despite holding a third of the voting power, he’s never felt so powerless to make any real change.

He supported the war in Shense to hunt down and capture the Selsahn rebels, but then they went underground. Disappeared. And when they started targeting civilians, everything changed. Now magical attacks ravage the empire, people keep dying in impossible ways and they’re no closer to stopping the rebels than they were two years ago. There’s only one option he can see: give up and pull out of Shense. Bring the troops home.

But the council won’t stand for it. As long as this war lines their pockets, they’re not pulling out. And the public are so angry, so driven by fear, that even the suggestion of surrender would brand him a coward and a traitor. He’d be kicked out of the Diarchy in the blink of an eye. Donovar’s a war hero, after all. He should be stronger than that.

No - Donovar’s going to have to work in secret. He’ll have to do everything he hates: lie, cheat and backstab his way through the politics and the bureaucracy. If that doesn’t work, he might even need to get out the old sword. Because he’s running out of time. He’s beginning to suspect there’s more to these attacks than meets the eye and, if he can’t find a way to end it soon, the next might be the one that kills them all.

The wretch wiped spit from her cheeks. A figure loomed over her, anger distorting the bronze wrinkles on his face.

“Get back, filthy Shem!”

He spat again, this time at her feet. Curling herself inwards, she scuttled away, keeping low to the floor. The man stamped after her – but only until she had scurried back into whatever dark hole she had come from. After scratching out a quick warding sign on the dusty red wall to his right, he turned back to his goods muttering,

The wretch lay waiting round the corner and pressed to the floor until he was out of earshot. She looked at her spoils. Brushing orange dust from the single bronze drachm she clasped between her bony fingers, she sighed. It was pointless: she couldn’t eat it and nobody would sell to a Shem.

Nobody honest anyway, and she daren’t risk trying to buy from anyone else. Letting the coin drop into the dirt, she made herself small and hurried away, clinging to the walls of the buildings for shade. The farmer had let her go, but the harsh sun would not be so forgiving.

It was approaching Hardlight and she had still not found food. This was the second day running, and if she did not eat tonight she would not have the energy to search tomorrow. She would starve. She would probably die.

Posted by Samantha Bryant at 6:09 AM