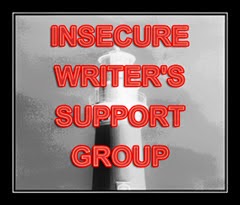 That's not to say that I can't be patient. I'm a teacher, a mother, a wife, a dog owner, and a writer. All of these have taught me patience. I'm not going to go around haranguing people or beating at the walls. I know how to wait civilly. But that doesn't mean I have to like it.

I'm in a holding pattern right now in my writing life. My first book came out and I just finished a wave of promotion for it, writing many many guest blog posts and interviews to spread the word about a BookBub special (the Kindle edition will be free on August 5th and 6th!). The next wave isn't until September.

I had three writing deadlines when I began my summer writing season: submitting the sequel to Going Through the Change, writing and submitting a novella in the same world for an anthology, and a revise-and-resubmit on my historical fiction piece Cold Spring. Done. Done. And done.

So, now I'm waiting. Besides waiting to hear about those three, I also have another novel out on submission which is still being considered and three upcoming anthologies I've had work accepted for, but am waiting to hear back on. (That's not meant to be a humble brag: all this waiting is getting under my skin). The balls all seem to be in other people's courts and I'm standing here with my racquet, feeling edgy and anxious.

I still have a daily writing habit going (669 days in a row on Magic Spreadsheet as I write this). But I'm floundering with what to do with it just now. I'm writing little pieces that don't satisfy me. If the sequel is accepted without significant change, then I should work on the three-quel. It's best to have steady output for a series. But I don't want to start working on the three-quel until I know that the second book is going to go without significant plot changes. I hate the idea of wasted effort, continuing storylines that might not be useful at all.

So, here I am in the waiting place.

I'm trying to work on the second of the historical fiction trilogy. Right now that means a lot of research as it turns out I am woefully undereducated about America in the period between the world wars. So, lots of reading and notes, little output of actual words. No feeling lost in a story.

It leaves me feeling unmoored, with no big project anchoring my vision right now. I don't feel productive or inspired. And those are two of my favorite feels.

So, what do you guys do while you're in the waiting place? What keeps you from climbing up the walls?
_________________________________________
This posting is part of the Insecure Writers Support Group blog hop. To check out other posts by writers in a variety of places in their careers, check out the participant list. This group is one of the most open and supportive groups of people I have ever been associated with. If you write, you should check them out!
Posted by Samantha Bryant at 6:00 AM