+Sharon Bayliss invited me to be a part of her Writer Mama Bloghop and share my "insights" into writing while Momming. So, what it's worth, here are my two cents:

Writing while Mom-ing is challenging, for certain, but I don't know if it's more challenging than writing while doing anything else. When I wasn't a mother, the first twenty-eight years of my life, I wanted to write, and, arguably, I had the time. I certainly had many hours a day that were mine to fill as I chose, but as often as not, I'd choose something else-reading, tennis, dating, movies, hiking, teaching something extra, hanging out with friends, traveling, studying, talking, sleeping. I regarded writing as something one did when the inspiration struck. Sometimes when I look back at that time of life, I feel like I wasted a lot of time. Other times, I think that I needed to do what I did then to know what I know now. In all that navel gazing, I garnered experience and knowledge that serves me now. So who knows?

When I had one child, I continued to write sporadically. I wrote detailed and beautiful journals about mothering, essays about family and life, and a fair amount of poetry. I even published some of this work, but I still didn't take it all that seriously. It still wasn't a vocation, just a hobby. I would be a writer "someday."

Then, as life does, it took turns. I moved, divorced, moved again, married again, moved again, and had a second child. After my second child was born, the urge to write, too often ignored in the past few years of upheaval and turmoil, cried loudly to be filled. My husband (the second one-the RIGHT one) believed in me, and understood that I needed to write to feel right in the heart of me, so he helped me find a local critique group. I began to write much more regularly. Just knowing that someone was expecting me to have pages ready when it was my turn was enough to make me write them.

I learned a lot during that time, but I still really struggled to make serious progress. I was teaching full time, mom-ing two lovely daughters, and building the foundation of my new marriage. There was a lot on my plate. Maybe I wasn't ready yet. Maybe I still didn't take myself seriously. I'd been working on one novel for four years (and one that I later abandoned for three years before that).

So, I committed to a daily writing habit (using the Magic Spreadsheet gamification tool to track myself) a few months before that forty-second birthday and in all the days since (I've just turned forty-four), I have only missed ONE day of writing. At first it was really hard. My initial goal was two-hundred-fifty words a day. It doesn't sound like much, but if you write two-hundred-fifty words a day, you can have a novel-length manuscript in about a year. I was ready to start finishing things a little faster. Life was feeling shorter. And it worked beautifully for me. I've finished three novels since then and have first drafts of two more.

Besides that daily writing habit, which keeps me "in the flow" of my story all the time and saves me hours of floundering away trying to remember what my vision was in the first place, my other tricks have been learning to write amid chaos and noise and in shorter sessions. Some days, I write for thirty minutes on the Mom couch at the kids' krav maga lessons and fifteen more after the youngest has gone to sleep. Some days, I write early in the morning before anyone else is up. Some days, I write in a car moving down the highway (my husband is driving on these days) ignoring everyone else in the car until I feel carsick and have to stop.

Now for those who think I am ignoring my children and husband for this, you're only half right. How many times have we all read or heard that good mothers are happy in themselves? Some degree of selfishness is necessary for personal happiness. And my writing is my selfishness. That doesn't mean I don't still give.

And, as a mother of daughters, I would argue that it's VITAL for my girls to see their mother reaching for and working toward her dreams, and their parents balancing each other's needs and wants in a healthy give and take. We are their model for love and marriage, and I want my girls to find relationships that support them in their personal endeavors and help them be all that they can and wish to be. Being a writer is being a better mother because it's being a better me. 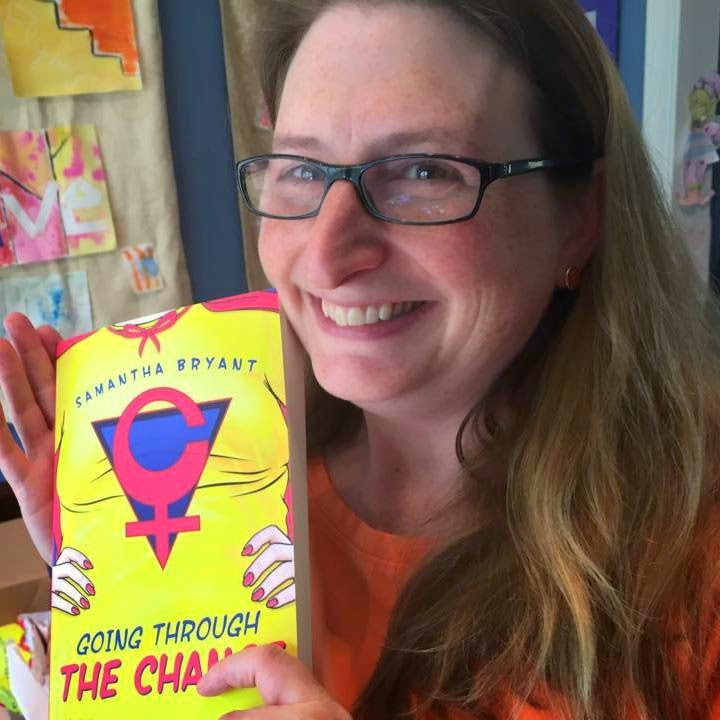