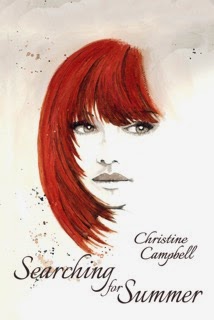 In my latest book, Searching for Summer, Mirabelle, the main protagonist discovers at a young age that writing has power:

‘Learning to read and write turned lights on for Mirabelle: the realisation she had such an awesome tool of communication shone brightly for one so young. Stories in her childish printing lined the classroom wall, interspersed with those of her classmates, although praise and recognition had dried up at home since her father’s departure.
Writing made her feel good.
She instinctively knew she held in her hand the ability to reach other people, even her father in his distant home. She had looked at the map in the classroom, standing on a chair, her little finger tracing the distance from Scotland to Jamaica, her young brain computing, if the whole island in which Edinburgh was a tiny speck, smaller than the full stop she’d learned to put at the end of her sentences, if the whole island of Great Britain was narrower than her finger, then the large expanse of ocean wider than both her hands put together meant Jamaica was a world away. Out of reach of her presence but, thanks to the postal service she had learned about at school, not out of reach of her pencil.’

In that respect, at least, I have something in common with the character I created — or, perhaps it would be more accurate to say she has something in common with me. Like Mirabelle, learning to read and write ‘turned lights on’ for me.
From very young, I used books as a refuge, a place to escape the harshness of reality, and writing as a way to express the effects of that reality.
As I grew up, married and had a family, reading and writing still played an important place in my life, but it had to play a lesser part to the day to day needs of my children, so I wrote short stories and an occasional column for the Women’s page of a weekly newspaper. But there were novels bubbling away inside my head, stories that couldn’t be told in a mere 1,000 or 2,000 words. They needed a bigger canvas. So, as my children became less dependent on me for filling their needs, I started writing novels.
I have been richly blessed in my life because I met and married my best friend, and he has always understood my need to write in order to make sense of the emotions and stories that swirl about inside me that can only be expressed that way. He is ‘an enabler’ and he has always tried to give me space and time to write.
Still, it is a balancing act. Everyone has obligations to fulfil, whether they be work, children, older parents or dependent spouses. Whether we have meals to prepare, books to balance, shelves to stack or boards to sit on.
Writing, for most people, has to be balanced against these other responsibilities. And that’s not always easy. There are those whose work is their writing, and perhaps the rest of us envy them, thinking it would be luxury. I doubt it. If writing is their work, then it, in itself, becomes an obligation.
But the lights ‘turned on’ by learning to read and write have never dimmed for me. Reading and writing give so much joy. I am passionate about them both. Now that the children are all married and having children of their own, I have so much more time to indulge that passion, to feel that joy. My days now would feel empty if I was prevented from tapping out my novels.
Just as learning to read and write turned on lights, so too did discovering the power of the author. As creator of our characters, we have the power to dump our negative emotions on their shoulders: ‘There you are! Get out of that one!’ We can allow them to sample pleasures we may never have time or opportunity to sample ourselves: ‘There you are. Is that not wonderful?’ And we can give them the comeback lines we wish we’d said.
Such power. Such pleasure. Such joy.
There are many things in my life that I juggle with, many things I love and want to do well, but I hope writing will always be one of the clubs twirling up there in the stratosphere of my imagination, falling neatly into my hand and onto the page. 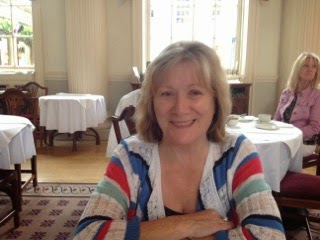 Searching for Summer is my latest novel, and the first in a new series about Mirabelle, a very reluctant detective.
It is set in Edinburgh, the capital city of Scotland.

“Mirabelle loved living in Edinburgh: loved the atmosphere created by a city whose main shopping street looked across the road to a castle, Edinburgh Castle standing guard over Princes Street, its severe façade softened by the gardens skirting it, the gardens themselves cocooned from the bustle and noise, folded into their own tree-lined valley, with paths dipping into and out of its depths.
She knew the adage, Edinburgh was ‘all fur coat and nae knickers.’ She was well acquainted with its underbelly, its darker side, saw its dirty linen, but loved it anyway.”

And, as the blurb on the back of the book says:

“Mirabelle’s daughter, Summer, disappears one Friday night, and Mirabelle would dearly love to rewind that day and live it differently. Instead, she is left not knowing if Summer is alive or dead, went of her own accord or was taken against her will.
Casting all other concerns aside - food, sleep, work, relationships - in her desperate need to find the answers, she takes to the streets of Edinburgh in search of Summer.
Searching along wynds snaking behind old buildings, through ancient doors and tiny spiral stairways, showing Summer's photograph to everyone she meets in shops, museums and nightclubs, Mirabelle becomes a reluctant detective, gathering clues, trying to make sense of them in order to find her missing daughter.”

So Mirabelle leads us through the streets of Edinburgh, up hills and through wynds, into parks and garden, and hidden courtyards. We get to see Edinburgh and Mirabelle at their best and worst as Mirabelle searches for her daughter — and keeps finding other people.

Searching for Summer
Available to buy now
on Amazon
http://a-fwd.com/asin-com=B00TDYRLGK