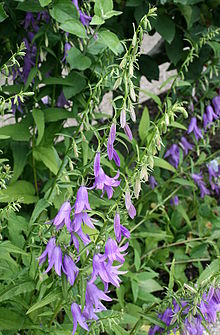 When Rapunzel's mother was pregnant, she became rapacious with hunger for the rampion in her neighbor's garden, so the story goes. That ravenous hunger was arguably responsible for the whole sordid affair. It led to her husband's thievery, which angered the witch, which cost the couple their daughter.

The moral of the story: the appetites of women are dangerous.

Even in this generation, long past the first edition of Our Bodies Ourselves, and deeply entrenched in the pseudo-science of self esteem and positive body image, the appetites of women are under scrutiny.

Once, it was so unseemly for a woman to appear hungry that Scarlett O'Hara was asked to eat in her room before the party, where no men could see her stuffing her face.  We've come a long way; I eat at picnics alongside the men now. But there's still an expectation that women will be daintier than men, both in girth and in appetites.

This extends into other kinds of appetite as well. A woman described as rapacious might also be called devouring or insatiable, predatory. In other stories, a succubus. While men might find such a woman fascinating, in stories she is never the wife, but always the lover, the temptress who must be put aside for virtue's sake. She inflames the senses, but not the mind or heart.

It's not "ladylike" to want so much, so greedily, and let it be known.

Then again, a little research tells me that rampion, that plant so coveted by Rapunzel's mother, has medicinal effects for inflammation. Maybe the poor woman was just hoping to keep her swelling down. Pregnancy can give you some serious cankles.