I seem to be reading more slowly so far this year. I'm not sure if it's me, or that I'm picking longer books or what. But in February, I only finished 4 books, and two of those I'd mostly read in January, but finished in February. Still, there were all well worth reading, so at least I know my time was well spent.

I started reading Another Country in January, as it was the February pick for my First Monday Classics Books Club, the book club I help facilitate with another author friend for our local public library. This is only the second work by James Baldwin I've read. I read Go Tell It on the Mountain a few years back.
Structurally, Another Country was messy. The plot meandered, which suited the narrative at times, set as it was among a group of New York literati in the late 1950s. But that meandering feeling annoyed me as a reader at other times. There was a lot to chew on in terms of theme: race, relationships, sexuality. It was interesting that, in a book with so much openness about race and sexuality, misogyny still oozed from the pages like pus from a sore. The assumptions about what it means to be a woman definitely show when the book was written, and by whom.
So, not a light or casual read, and problematic in some ways, but still deep and thought-provoking. Well worth the read. 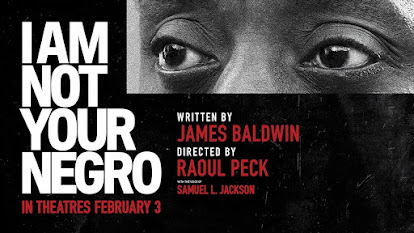 After our book club discussion, I sought out I Am Not Your Negro on the recommendation of another reader and was so glad I did. Baldwin was a powerful public speaker and I learned a lot about the behind-the-scenes aspects of the 1960s Civil Rights Movement in watching. It's on Netflix, if you're interested (or at least in was in February 2022).
I also started reading Katherine Johnson's memoir My Remarkable Life in January and finished it just as February began. I loved it. Johnson (of Hidden Figures fame) had such a straightforward storytelling style, neither self-aggrandizing nor downplaying her skills and talents. It ended up being a different view than I'd ever seen before of the Civil Rights Movement through its effects on one ambitious woman of the time.
Next for me was The Book of Accidents by Chuck Wendig. When I was doing my Spooky Reads series on YouTube last year, I realized that I haven't been reading as much horror as I used to, and since I really love horror, that seemed like a shame, so I've promised myself the chance to read more horror this year.
The Book of Accidents had some great imagery and a creative plot. I won't tell you too much about it because it's more fun if you go in knowing very little and let the story surprise you, but I enjoyed it!
And just today, I finished Tess of the d'Urbervilles, the March selection for my First Monday Classics. This was a re-read for me, so I knew what was coming, but I still wanted to punch more than one character (sometimes that included Tess). A nuanced story with complicated characters and a lot to say about social mores, education of women, and agrarian English life.
So, that's what I managed in February. How about you? What did you read this month? I'd love to hear about your favorite reads in the comments.
Posted by Samantha Bryant at 6:00 AM