A to Z: Letters to Dead Writers: Gwendolyn Brooks 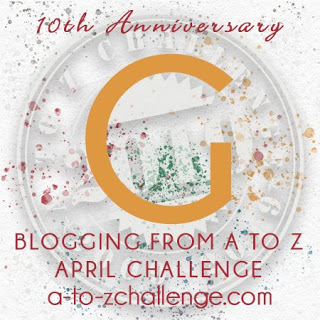 I came to your work rather late. I encountered your words in the 1990s, when I was a young poet and English major at Morehead State University, when I was young and naive enough to believe that the Civil Rights Movement was over, having accomplished its goals.

It took a while for me to realize that we'll still be fighting those battles for many years to come.

The first of your poems to catch me was your most famous one: "We Real Cool." 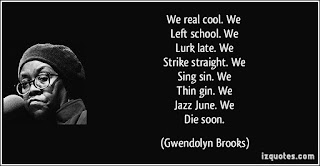 Deceptively simple, but so loaded. Such bravado in the voice and such fatalism. Laughing in the face of pain and hopelessness. Damn. You were so good.

I found so many heart-rending stories in your poetry. "The Mother." "The Vacant Lot." "A Song in the Front Yard." "The Lovers of the Poor."

These were poems that begged to be read aloud, to be held in the mouth, the ears, the throat.

This was all new to me, though I'd been writing poems since I was a child. The "spoken word" tradition hadn't made it to my little town in Kentucky and the English classes there.

You showed me the power in expressing anger, and the importance of keeping a sense of humor in the face of utter nonsense.

Thank you,
-Samantha
Posted by Samantha Bryant at 6:00 AM