I'm so excited about my first convention of 2019. Illogicon is my backyard con, so chock full of all my writing and fandom peoples from the area. Though it's growing, it's still small enough to feel intimate and friendly. It's panel driven and has been home to some of the best panel discussions I've ever participated in. So, if you live near Brier Creek, Raleigh, NC, you should totally come and have fun with us.

In case you can't make it, here's what I'll be up to. Looks like I'm in for a busy and exciting weekend.

This is something new the convention is doing and I like it. You could rent a table by the hour, rather than by the day, to have a temporary home from which to sell and sign books and talk to readers. I'll be there selling the remaining print copies of the Menopausal Superheroes series before my new editions are released by Falstaff Books as well as copies of anthologies. I'm also happy just to talk about writing life, so come by and say hello.

I've been a part of this panel at other conventions and it's always such fun! Authors role play as their characters, appearing on an old fashioned dating show. A lucky audience member gets to interview us and decide which character to take on a date, winning a free copy of the book in question. I haven't decided yet upon this writing, which of the Menopausal Superheroes to roleplay, but anyone would be lucky to take any of these heroes out! 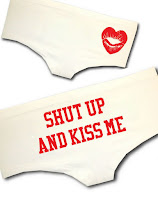 Love and romance come up when you're writing, even when you're not writing romance or erotica. But for some of us, it's not so easy to write.

Looking forward to talking about this with this group of witty and supportive people. I expect I'll giggle and blush a bit, but that's kind of the point, isn't it?

This is going to sound weird coming from an introvert like me, but I love doing readings. Even when only a couple of people come, it feels like a celebration, a moment to say "Look what I did!" Here's a short one from Conapalooza last year. 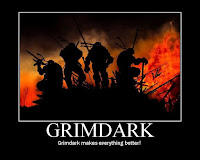 We'll be discussing how the popularity of Urban Fantasy and Grimdark might have affected and influenced the rise in popularity of Comic Books and Superheroes movies.

I'm moderating this panel and we'll talk about how to build your network when you would rather build a blanket fort.

We'll be talking about some of the most fascinating mad scientists in fact and fiction. Come, rule the world with us! 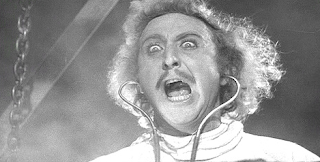 6:00 p.m. Saturday 12 of January: Office Hours: my second hour of table time. Come talk books, writing, and all things superhero with me.

In this "Defense Against the Dark Arts" seminar come learn some tips on how to deal with trolls and other social media monsters.

Prospective Press published one of my stories this past year, and I'm writing a new Menopausal Superheroes short story for an upcoming anthology for them. Come here about these and all the other great new projects from this up and coming small press.

And that will bring my Illogicon to a close. Along the way, I hope to laugh a lot, have a few drinks and some food with friends, and remember what's great about hanging out with all the best geeks.
Posted by Samantha Bryant at 6:00 AM