It's my privilege to host fellow "Broad" from Broad Universe Gail Z. Martin today as part of her annual Days of the Dead Blog Tour! Read her thoughts about balance in the publishing industry below and follow the links to pick up some swag and read some great excerpts. 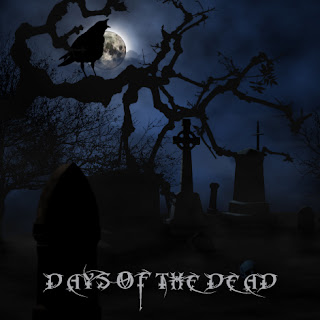 If you’ve ever had a career advisor tell you to ‘pick a lane’, you know that traditional wisdom says you should choose one path and stick to it. That is so 2008.

In case you missed it, publishing is in turmoil. The polite way to say that is ‘in the throes of reinvention’ but the day-to-day reality is chaos.

Big publishers were late to really grasp the impact of ebooks on their business model, and the financial crash and slow recovery led to the demise of Borders Books (and with it, 10% of the book market) plus consumers who were not making as many discretionary purchases. Small publishers latched on to the opportunities presented by ebooks and much-improved print-on-demand (POD) technology, as well as the online book marketplace, and started to create specialty niches. And that same book/POD technology enabled individual authors to take their books direct to consumers.

All of a sudden, the menu of publishing options for authors went from ‘take it or leave it’ to ‘a la carte’.

And as far as I’m concerned, the best answer is, “I’ll take some of everything, please.”  I’m published by Orbit Books, a division of Hachette, one of the “Big 5” New York publishers. I’m also published by Solaris Books, a division of Rebellion Publishing, a large medium-sized publisher in the UK. I work with nearly a dozen small presses for anthologies, and my husband/co-author Larry N. Martin and I independently bring out four different series of short stories/novellas with at least one new adventure every month. Welcome to the brave new world of publishing.

Traditional publishing still has definite advantages. They’re the most likely to pay an advance, maybe even a sizeable advance (although advances across the board are down from what they once averaged). That’s a big deal when you’re trying to make a living writing, or even just counting on your writing as a second income (or to pay some monthly bills, college tuition, or car repairs).

Traditional publishing is still the best route to get your books into the remaining big bookstore chains like Barnes & Noble, Chapters/Indigo and Waterstones. It’s your best shot at making the New York Times list and other major rankings. And most traditional publishers offer some real benefits in terms of handling cover design, editing, and promotion. Not only that, but big publishers can put more marketing oomph behind a book than small publishers or individuals can afford. That includes deals with bookstores for up-front placement, end caps, window spots, in-store posters, etc.

Small publishers also present advantages. Savvy small publishers can serve reader niches that may not be large enough to be profitable for a big publisher, but that can do very nicely for a smaller house. That’s one reason very targeted, themed anthologies have recently seen a small press resurgence and done very well.  Small presses may also make great homes for books that might not hit a mass audience but appeal to a smaller, under-served readership with sufficient numbers to turn a profit. Thanks to both ebook and POD, small presses can put out books of equal quality to big houses. However, small publishers are unlikely to get orders from bookstores (except perhaps on the ‘local interest’ or ‘local authors’ shelf). While customers can special order, you lose the impulse purchases of someone who sees the book in the store and decides to grab it. That means you’re going to need to do more marketing and probably more hand-selling at conventions, libraries, etc. to move a lot of copies of your books.

Self-publishing has come a long way thanks to better technology that makes it easier to produce professional-quality ebooks or printed books, online bookselling, and social media. Those three factors revolutionized the production, distribution and marketing of books and arguably democratized the process of publishing more than anything since the Gutenberg press.  Self-publishing makes a great addition for authors who already work with large or small publishers to bring out reverted writes books or stories, to publish new stories in a discontinued series, or to provide additional stories to flesh out an active book series. For authors who aren’t working with a publisher, self-publishing can present a way to build a following and accumulate a sales record to attract the attention of a larger publisher, or to provide an income.

Personally, I think that authors in the future will try to keep a mix of all three publishing approaches, moving back and forth as contracts come and go. While publishing is more volatile than it might have been ten years ago, the good news is we also have more options than ever before. Go for it!
______________________

My Days of the Dead blog tour runs through October 31 with never-before-seen cover art, brand new excerpts from upcoming books and recent short stories, interviews, guest blog posts, giveaways and more! Plus, I’ll be including extra excerpt links for my stories and for books by author friends of mine. You’ve got to visit the participating sites to get the goodies, just like Trick or Treat! Details here: www.AscendantKingdoms.com

Book swag is the new Trick-or-Treat! Grab your envelope of book swag awesomeness from me & 10 authors http://on.fb.me/1h4rIIe before 11/1!

Trick Or Treat from my friend John Hartness’s Bubba The Monster Hunter Excerpt from Hall&Goats  http://bit.ly/1Lok7PC 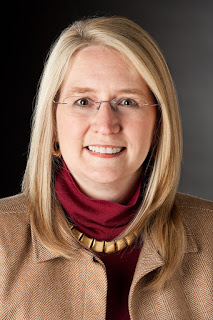 Gail Z. Martin is the author of the upcoming novel Vendetta: A Deadly Curiosities Novel in her urban fantasy series set in Charleston, SC (Dec. 2015, Solaris Books) as well as the epic fantasy novel Shadow and Flame (March, 2016 Orbit Books) which is the fourth and final book in the Ascendant Kingdoms Saga. Shadowed Path, an anthology of Jonmarc Vahanian short stories set in the world of The Summoner, debuts from Solaris books in June, 2016.

Other books include The Jake Desmet Adventures a new Steampunk series (Solaris Books) co-authored with Larry N. Martin as well as Ice Forged, Reign of Ash and War of Shadows in The Ascendant Kingdoms Saga, The Chronicles of The Necromancer series (The Summoner, The Blood King, Dark Haven, Dark Lady’s Chosen) from Solaris Books and The Fallen Kings Cycle (The Sworn, The Dread) from Orbit Books and the urban fantasy novel Deadly Curiosities from Solaris Books. 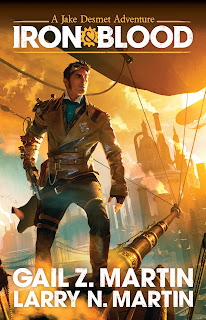 Gail writes four series of ebook short stories: The Jonmarc Vahanian Adventures, The Deadly Curiosities Adventures, The King’s Convicts series,  and together with Larry N. Martin, The Storm and Fury Adventures. Her work has appeared in over 20 US/UK anthologies. Newest anthologies include: The Big Bad 2, Athena’s Daughters, Realms of Imagination, Heroes, With Great Power, and (co-authored with Larry N. Martin) Space, Contact Light, The Weird Wild West, The Side of Good/The Side of Evil, Alien Artifacts, Clockwork Universe: Steampunk vs. Aliens.
Posted by Samantha Bryant at 6:00 AM